The History of Briton Ferry Docks

BRUNEL’s Briton Ferry Dock marks a development in his experimental work on buoyant lock gates — a move from timber construction to iron. Now disused, the lock basin is filled with silt and only parts of the original dock walls and gate survive. Nonetheless, its Grade II* listing and scheduled ancient monument status are measures of its significance in engineering history.

ISAMBARD KINGDOM BRUNEL (1806-59) designed the dock at Briton Ferry, on the Neath Estuary in south Wales, to handle coal and goods for the Vale of Neath Railway. The railway ran on broad gauge (2.134m or 7ft) tracks between Neath and Merthyr Tydfil, and was opened in stages from 24th September 1851 to 2nd November 1853.

Briton Ferry Dock consists of an inner floating dock some 5.3 hectares in area and an outer tidal basin covering about 4.2 hectares, enclosed by masonry walls of sandstone. The outer basin has round-ended jetties at its mouth and quays along its sides.

Brunel chose an hydraulic iron gate to control entry to the dock, and it is the only surviving example of his experimental work in the development of buoyant lock gates. He also had to improve the River Neath’s navigable channel over a distance of 3.2km between Swansea Bay and the dock entrance. This he did by constructing a training bank and lowering the sandbar at the river mouth.

The project began with site surveys in May 1853, and the contractor William Ritson (1811-92) commenced construction in August 1853. Work was carried out behind a bank of slag and soil, tipped across the entrance to the river, which is tidal at this point. A cofferdam was not required.

The buoyant gate took the form of a hollow wrought iron box, spade-shaped in elevation and a shallow parabolic curve in plan, convex towards the dock basin. It measures 17.1m in elevational width, is 9.6m high at the centre and 8.1m high each side. In section, it is somewhat like a large blunt pencil, with vertical sides down to low water mark that then curve to meet each other at the foot. The maximum distance between the walls is 2.7m, and the interior is divided into a series of chambers — five vertical bulkheads and six decks.

Hydraulically-powered equipment installed at the dock included coal tipping machinery with a lift of 12.2m, three loading cranes each with a lifting capacity of 1.5 tonnes, and a ballast crane capable of shifting up to 30 tonnes per hour. All the machinery was designed by William George Armstrong (1810-1900), who was created Baron Armstrong of Cragside in 1887. To provide sufficient hydraulic pressure, an Armstrong accumulator — a water-filled cylinder discharged by a heavily weighted plunger — was installed in a square-plan masonry tower (SS736935) constructed near the south corner of the dock.

Brunel's chief assistant, Robert Pearson Brereton (c.1818-94), completed the work after the engineer's death in September 1859. The accumulator tower was erected between December 1858 and September 1859, and the dock opened on 22nd August 1861. The temporary river dam was breached and a channel dredged to 1.8m below low water once work was complete.

The Vale of Neath Railway amalgamated with the Great Western Railway, also designed by Brunel, on 1st February 1865.

Over the years, trade declined and the dock was little used. The lock gate was last repaired in 1929. The channel and walls between inner and outer basins have been strengthened with concrete (date unknown). By 1951, dock use had almost ceased and only sand delivery vessels operated here. In 1959, the dock closed altogether. The lock gate was partially dismantled, leaving the lower portion in situ, and allowing silt to collect in the dock basin. The accumulator tower fell into disrepair.

In 2003-7, the accumulator tower was refurbished and its hipped slate roof reconstructed. It re-opened on 15th June 2007. On 26th November 2010, the Institution of Civil Engineers’ Panel for Historical Engineering Works unveiled a stainless steel plaque near the tower to mark the bicentenary of Armstrong’s birth.

In 2005, the Briton Ferry Brunel Dock Trust was formed. Plans for restoration of the dock and Brunel’s unique lock gate await funding. 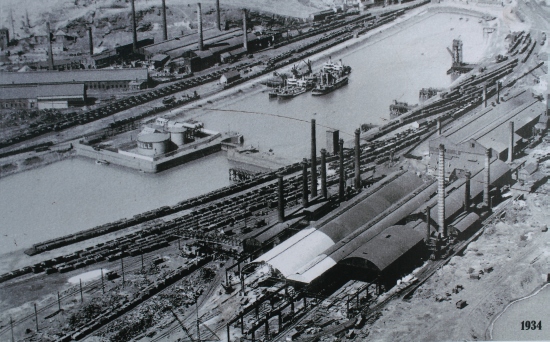 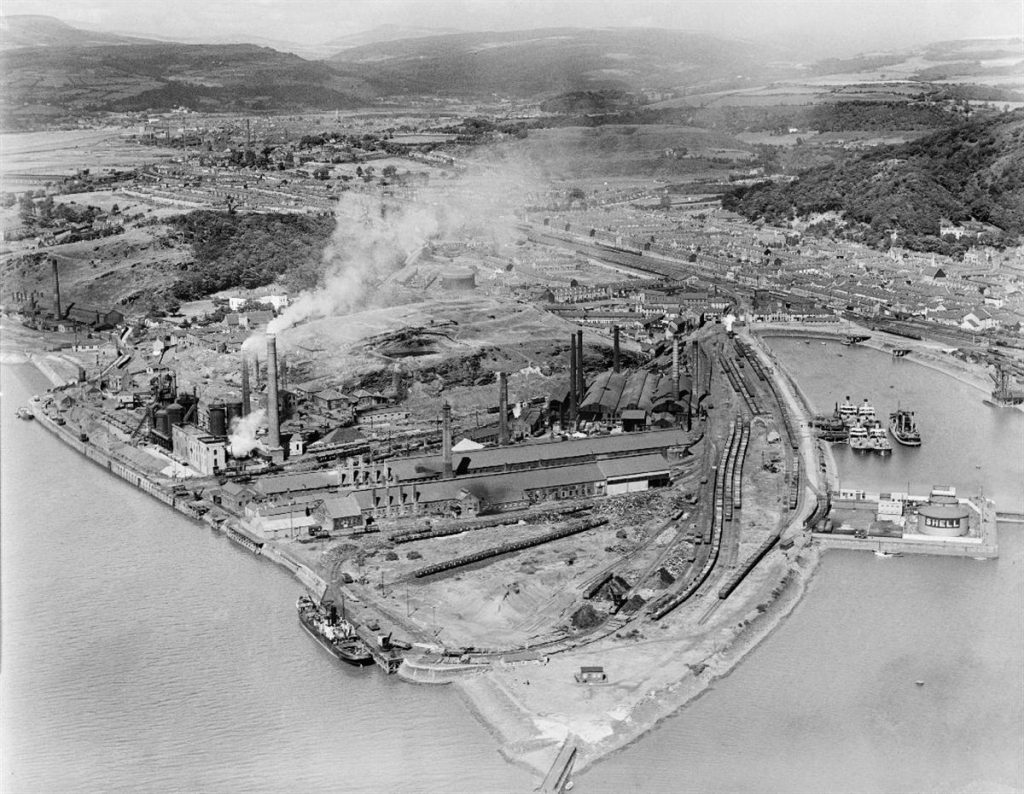 In May 2000, the dock walls and lock gate were Grade II* listed for their "industrial archaeological interest as the major surviving built component of Brunel's docks, notable for the innovative use of hydraulically powered buoyancy chambers in its lock gate". The accumulator tower and the north jetty (SS733934) of the outer tidal basin were Grade II listed at the same time. Briton Ferry Dock is also a designated scheduled ancient monument (No. Gm445). 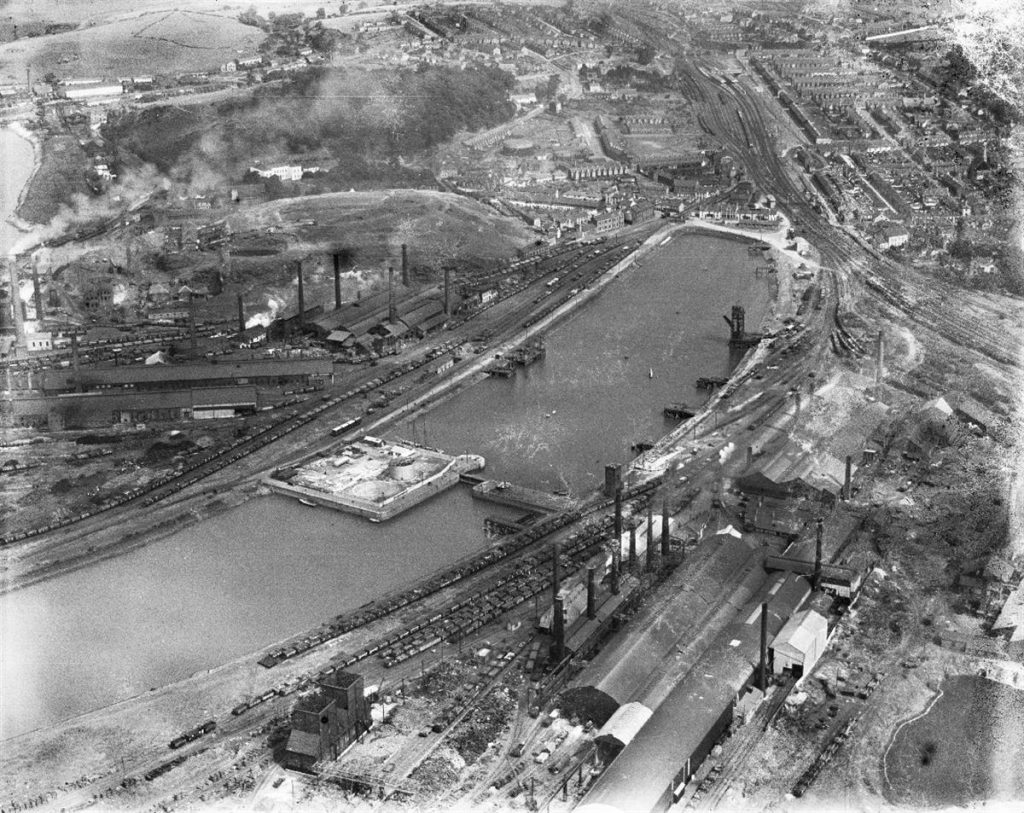 As our trust at present is working to become a charitable incorporated organisation our project depends on funding and donations.

By donating you will become a member of the Trust and will be updated with regular news updates and important information from the Trust.